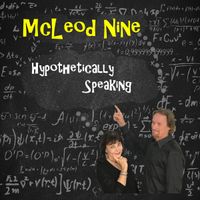 From the recording Hypothetically Speaking

Cynthia Ann Parker (also known by her Comanche name, Nadua meaning "someone found") was abducted by a group of Comanche and Kiowa in 1836 when she was 9 or 10 years old. The raiding party came to the Parker family compound near Mexia Texas and sacked the fort, killing several family members and kidnapping Cynthia Ann and five other members of the compound.
Cynthia Ann was taken into the Comanche band of one of the raiding party and was integrated into their life and culture. She completely forgot the way of life that she had been born into and adopted the Comanche customs and language. She was quite happy with her new life by all accounts and lived as a Comanche for approximately 24 years. She married a respected Comanche war chief, Peta Nacona, and they had three children, two sons, Quanah (who later became a famed warrior himself) and Pecos, and a daughter, Topsannah (Prairie Flower). On at least one occasion Nadua (Cynthia Ann) was approached by whites which she encountered during a trading visit to a Texas frontier town, and asked if she would like to return to white society. She adamantly refused stating that she was very happy in her Comanche life.
In 1860 a group of Texas Rangers led by Sul Ross and including Charlie Goodnight, attacked Cynthia Ann's Comanche camp on the banks of the Pease River, killing many of the men and others and, recognizing Nadua as a white woman, took her and her infant daughter back to North Texas. Cynthia Ann's uncle, Colonel Isaac Parker , took her to his home near Birdville, Texas. She was taken on a tour of some of the larger cities in Texas including Austin and was presented as a living curiosity, the white woman who had become a savage. She later went to live with her brother, Silas Parker Jr. in Van Zandt County, Texas.
Cynthia never adjusted to her new life and was very unhappy in white society. She never ceased attempting to return to the Comanche and she worried incessantly over her two sons, whose fate she had no way of ascertaining. After four years , her daughter Topsannah, died of influenza which plunged Cynthia Ann deeper into despair. She died in 1870 after a long period of grief.
Cynthia Ann's story is undoubtedly one of the saddest of the American frontier. Numerous other stories of Comanche and Kiowa captives have been recorded and nearly all of the captives preferred their native life to their original lives in the white world.
I wrote this song after reading the book "Empire Of The Summer Moon" by S.C Gwynne. This fine book has a wealth of information on the Comanche, Quannah Parker, Cynthia Ann Parker and many other important people in the history of the southern plains.

Parker County Edge of the Range, your happy childhood up in flames
Restless ponies, desperate braves, kill what they can’t carry
To Palo Duro they took you home, they fed you well, put meat on bone
You learned to love strong as stone, Nocona you did marry
Sul Ross and Charlie Goodnight ride, along the cold Pease riverside,
Stole you from Nocona’s side, from Quanah and from Pecos

Comanche moon on a summer night, Quanah’s set to ride all night
Mama’s gone, gotta set things right but there’s no right way to set them
The Llano’s wide and deep and strange, buffalo gone, time has changed
But it won’t go backward, that’s the game, you can lose more than you bet them

Prairie Flower, gone too soon, Agonizing afternoon’s
You sit in grief in your Uncle’s room and wish for time’s reversal
In spite of all of our affections, time only moves in one direction,
Be it choice or predilection, this is real life, not rehearsal
The Taibo never fail to fail to see that good intentions
Don’t justify a cruel lie, and your freedom’s just detention